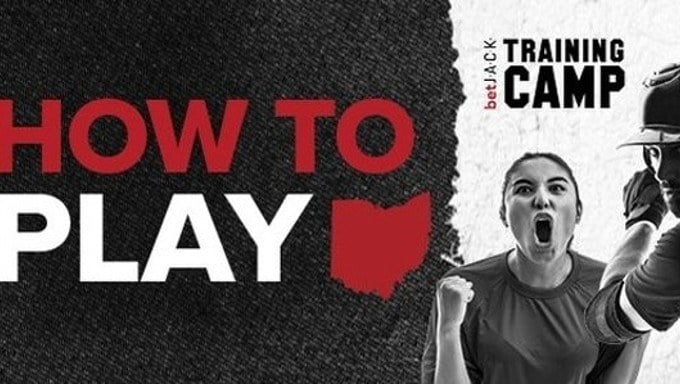 Sports betting in Ohio is underway, but only for fun right now, not with real money.

The betJack Training Camp app became available this week for users to download from the Apple and Google Play stores, according to a betJack tweet. The “training camp” also is available at betjack.com.

“It is the easiest app in the world to teach yourself how to gamble,” a young spokesman says in a video attached to the tweet.

With the app, which Jack Entertainment launched on Tuesday, players receive 100 free tokens each day to wager on sporting events. These events include a full slate of NBA, NHL and Major League Baseball games.

“You don’t have to worry about running out (of tokens),” the spokesman says, wearing a Cleveland Cavaliers sweatshirt and St. Louis Blues cap.

Jack Entertainment is a privately held gaming company headquartered in Cleveland. The company operates a casino in downtown and the Jack Thistledown Racino in North Randall, about 10 miles southeast of Cleveland.

Before live sports betting can begin with the use of real money, however, the Ohio Casino Control Commission must first establish the rules to govern the industry.

Betting Sites To Be Located Throughout Ohio

Under the new law, sports betting is slated to begin no later than Jan. 1, 2023.

There are no other mandatory dates for launching sports betting in Ohio, though supporters hope it can begin in time for football season this fall.

Football games traditionally are among the most heavily wagered events in the country.

In addition to betting on major professional and collegiate sports such as football and basketball, people will be able to wager on automobile racing, the Olympics and other events.

Ohio is allowed to have as many as 50 mobile sportsbooks and 40 land-based betting sites. There probably won’t be that many mobile sportsbooks, Matt Schuler, the Ohio Casino Control Commission executive director said recently.

The land-based ticket windows can be located at four casinos, seven racinos and 10 professional sports venues, according to a Casino Control Commission report.

In addition, betting kiosks will be available in bars and restaurants with liquor permits.

The seven-member commission continues to meet each month to put steps in place to launch sport betting in the state.

At a meeting on Wednesday, the commission voted unanimously to file a set of sports gaming rules, and rules pertaining to integrity monitors, to the state’s Common Sense Initiative.

The commission’s next meeting is April 20 at its office in Columbus.