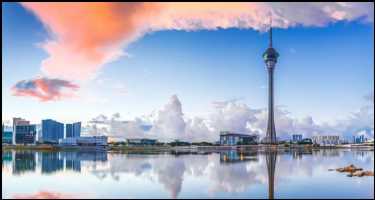 A senior analyst for global investments firm JPMorgan Chase and Company has reportedly forecast that at least some of the casino operators in Macau will be able to turn in positive fourth-quarter earnings owing to an expected surge in mainland visitation.

According to a Sunday report from Inside Asian Gaming, this prediction from analyst DS Kim comes after Macau revealed that it soon intends to reinstate package tours and local eVisa schemes following discussions with the central government of China. The source detailed that this move is expected to take place in November after both arrangements were suspended in January of 2020 owing to concerns over the coronavirus pandemic.

Kim reportedly disclosed that any rise in Macau visitation could see the enclave’s associated fourth-quarter mass-market gross gaming revenues recover to reach as high as 35% of their pre-pandemic levels before hitting something like 85% by end of next year. The experienced financial expert purportedly moreover explained that this may result in some of the territory’s six casino operators returning to profitability via positive fourth-quarter earnings before interest, tax, depreciation and amortization figures.

Reportedly read a statement from Kim…

“Most operators can turn earnings before interest, tax, depreciation and amortization positive when mass-market gross gaming revenues hit around 30% to 35% of pre-pandemic levels, indicating some companies can start to print positive profits from the fourth quarter.” However, Kim reportedly warned that this optimism may not apply to Macau casino giant SJM Holdings Limited owing to a range of expected fresh operating expenses tied to this firm’s recently-opened Grand Lisboa Palace facility. JPMorgan Chase and Company purportedly described this company’s financial situation as ‘somewhat worrying’ in April owing to likely refinancing difficulties and the anticipated upcoming closure of some of its many of satellite casinos.

The statement from Kim reportedly read…

“Free cashflow break-even can be achieved at around 50% to 60% of mass-market gross gaming revenues recovery for most operators except Galaxy Entertainment Group Limited, which can print positive free cash flow at sub-30% recovery thanks to net cash, and SJM Holdings Limited as it probably needs near-full recovery to recover operating expenses from Grand Lisboa Palace and its satellite casinos. We thus expect all operators except SJM Holdings Limited can be free cashflow positive by the second quarter of 2023, so we probably don’t need to worry about ‘liquidity runway’ anymore.” Kim reportedly asserted that Macau’s upcoming reintroduction of the eVisa scheme for mainland tourists using the Individual Visit Scheme (IVS) route is set to be the most significant move since the enclave’s land border with China re-opened a little over two years ago. He purportedly furthermore divulged that this policy accounted for approximately half of the city’s pre-pandemic visitation while package tours had racked up an impressive 25% tally albeit with a lower gross gaming revenues contribution.

“The timing and magnitude of easing is earlier and better than expected, adding conviction to our bullish stance on Macau gaming. Although it’s tough to quantify the immediate benefit, we believe the resumption of eVisa and group tours should alleviate friction for a Macau trip as well as signal to many that it’s okay to visit Macau, in turn boosting demand into the year-end holidays and 2023. Finally, we feel we can talk about a return to normalcy.”