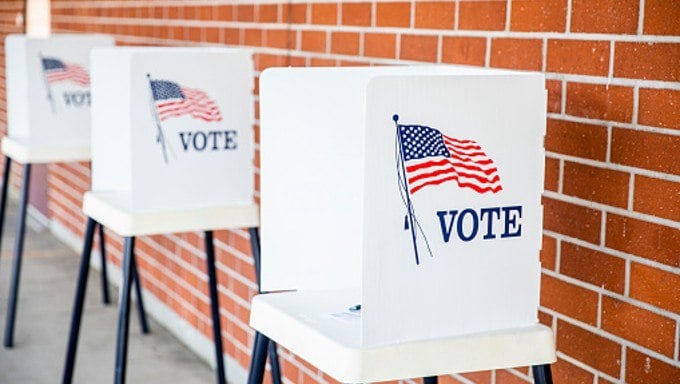 On Nov. 8, Californians will have a chance to vote on two ballot measures to legalize sports betting.

One initiative would let bettors use mobile apps to wager on sports. A separate item would allow sports betting only in person at tribal casinos and the state’s four horse tracks.

If both pass in November, each could be implemented, but only if the two are determined not to be in conflict with each other.

If a conflict exists, the one with the higher total of “yes” votes would take effect, according to the Times of San Diego.

Either way, legal challenges are expected after the election, but in the meantime, the two sides are spending millions of dollars to get their message across to voters.

Mobile Wagering To Appear On Ballot

On Monday, Secretary of State Shirley N. Weber determined that the mobile sports betting initiative is eligible to be on the fall ballot. The results will be certified Thursday, Weber said, adding that the required 1,096,853 voter signatures have been validated.

This measure, called the “California Solutions to Homelessness and Mental Health Act,” is backed by national online sportsbooks such as FanDuel, DraftKings and BetMGM. Others supporting the proposed constitutional amendment are BallyBet, Barstool, Fanatics, and WynnBET Sportsbook.

It voters approve this initiative, online sportsbooks would be allowed to partner with federally recognized tribes to offer mobile apps for use by bettors who are least 21 years old.

Under this initiative, 85% of tax revenue would go to homelessness programs, while 15% would be directed to nonparticipating tribes.

In May, a sports betting initiative from the state’s tribes was declared eligible to appear on the fall ballot. This initiative is called the “California Sports Wagering Regulation and Unlawful Gambling Enforcement Act.”

If approved in November, the tribes would be allowed to offer roulette, dice games and sports wagering at their California casinos. The measure also would legalize on-site sports betting at four thoroughbred race tracks.

According to the California Gambling Control Commission, 66 tribal casinos are operating in the state. These properties already can offer slots and card games such as blackjack but cannot have sportsbooks or expand into other Las Vegas-style games without voter approval.

As the nation’s most populous state, California is considered a potential gold mine for the sports betting industry. About 40 million people live in the state.

California’s college and pro teams, including the defending Super Bowl champion Los Angeles Rams, have large fan bases in some of the nation’s largest media markets.

The next most populous state with legal sports betting is New York, with about half of California’s population.

The second and third most populous states are Texas and Florida. People in those states cannot legally bet on sports.

With billions of dollars in sports betting revenue at stake in California, both sides are reaching out to voters in advance of the November election.

In television advertising, the tribes contend that “out-of-state corporations,” such as Boston-based DraftKings, would be a direct threat to the tribes’ financial independence. California is home to 109 federally recognized tribes.

The effort to block out-of-state sportsbooks from entering the market has been successful in other states, including Arkansas and Florida.

The coalition pushing for online betting notes that a large portion of the tax revenue from mobile wagering would go toward solving the state’s most pressing concerns. Across the country, online sports betting generates far more revenue than brick-and-mortar sportsbooks like those the tribes are proposing.

“We’ll use it to solve our state’s toughest challenge – homelessness – and funding mental health treatment and addiction services that help get folks off the streets,” Nathan Click, a spokesman for the online initiative, told KSBY-TV.

The California tribes also have said in-person sports wagering allows casinos to ensure that everyone who gambles is 21 or older, a guarantee that can’t be made if someone is on a cellphone placing a bet.

The online coalition has stressed that safeguards are in place, including banking information and background checks, to ensure an online bettor is not under the age allowed by law.