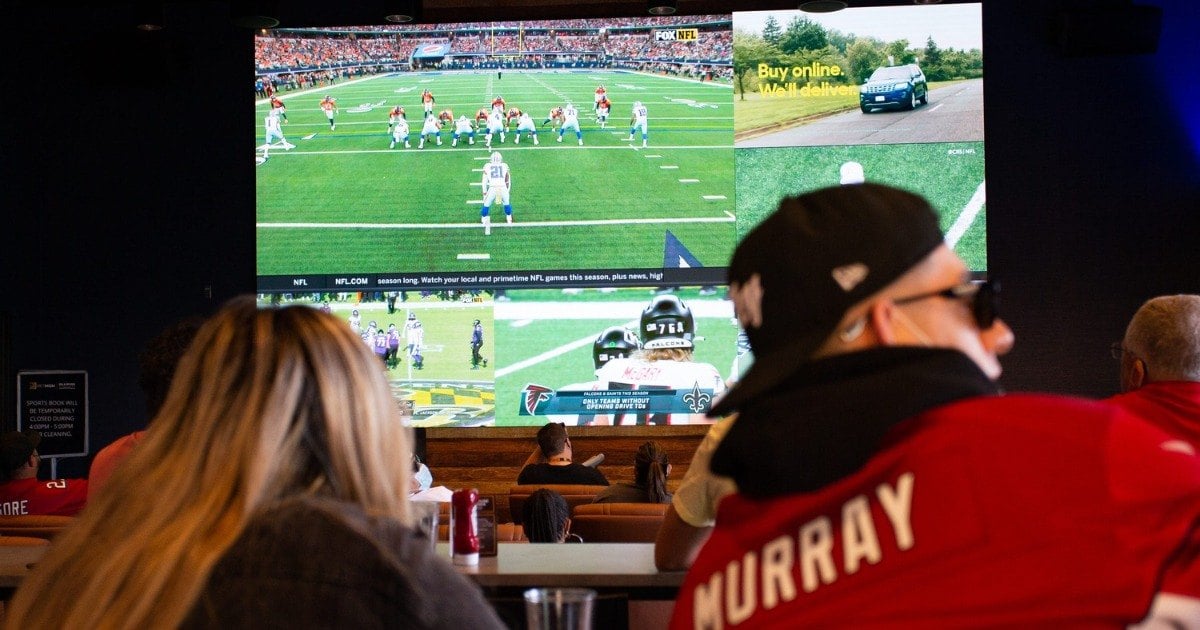 Online sports betting has allowed fans to have a mobile sportsbook in their hands or at their own homes, making it the latest revolution in sports wagering.

As states continue legalization efforts to bring mobile betting to more places across the country, sports betting continues to evolve in the digital world. The traditional pre-game spreads, totals and moneyline bets are the mainstays of sports betting, but a new wave of sports betting could be coming in the future.

Kelly Pracht was leading some of the most advanced technology in the world, including supercomputers the size of a football field that was used to predict weather patterns around the world. One day while she was checking baseball scores, she wondered why she couldn’t apply the same technology in this world to something she loved, which was live sports. When she looked into it, she found the tech didn’t exist.

Pracht then founded nVenue in 2018, a company that delivers real-time probabilities and predictions for both MLB and NFL games. Its NextPlay API delivers a near zero-latency feed, allowing sports betting operators to offer thousands of new microbetting markets to fans, while also delivering entertaining content in real time.

“It’s what fans want to engage in whether they are watching or betting,” Pracht said during the Global Gaming Expo on Tuesday. “You may have seen some of our work on Apple TV (with the MLB), where they took just a little tip of the iceberg and put in real-time with the probabilities of what is the next pitch, and that’s only the beginning. In real-time, we can predict what will happen in the future, and that’s where we think this is headed and we’re really excited about it and my company is going our pursuing it and developing it for all sports because it’s just that exciting.”

With microbetting, nVenue’s technology can generate 10,000 to 15,000 new betting opportunities every game And as sports betting continues to expand across the country, Pracht sees more casual bettors becoming more common in the industry and eventually gravitating to microbetting.

According to her forecast, taking into account the possible number of microbets in the future and how fans will respond, by 2025 the sports betting industry is looking at a billion microbets a week.

“You can just go to a game and see that the people are talking about what’s happening and betting with their neighbor sitting next to them or saying what is going to happen,” Pracht said. “We’re already doing all that, and so by being able to add new content, we’re opening up a new market and we’re going to enable the lifetime value of TV to be radically increased because the prize of getting that microbet right is phenomenal and it could also extend folks into being more comfortable into more betting. So, we’re talking about a whole new route of sports betting.”

Andrew Barge has seen how sports consumption has changed recently in the digital field. He worked for eight years at Twitter where he orchestrated media partnerships and was with ESPN for six years before that. When cord-cutting started, the way people watched sports also began to change.

“Twitter as a new technology with new consumer habits and new data points and just the ability to reach fans became incredibly appealing to the marketer,” Barge said. “At Twitter, we were really able to pioneer the rights category to build highlights. It’s commonplace now, but in 2013 or 2014, if you wanted to see something that just happened on TV and wanted to see it on your social platform, it just didn’t exist. Working with leads and networks to create a new rights category to meet the new consumer expectations of younger sports fans was a fantastic opportunity.”

Similar to Twitter’s innovation, Barge sees media companies once again attempting to connect with a younger generation of sports fans through live sports. What appealed to him this time this was Buzzer, an app that curates the best live moments in sports to each fan’s preferences. Users can follow their favorite sports, teams and players and get a notification of a big moment from any of their favorites and watch the moment live.

“It’s meant to deliver the live moments in sports that you care about no matter where you are,” said Barge, who serves as Buzzer’s Chief Business Officer. “You can personalize your experience based on teams, leagues, players and even betting interest. You’re opting in to what you care about, and we then alert you during a live game during a moment in which we think something amazing is about to happen. It could be if Trey Young hits his first five three-pointers, and you can hop in to see if he hits his next one. Or it can be if your over will hit, and you can hop in and see if your bet is going to pay out.”

Once users hit the notification, they are hit into a live game experience and can pay $1 or $2 games to watch the game, or you can be awarded for free by virtue of a credit. Buzzer already has league partnerships with the NBA and WNBA and is also partnered with FanDuel and DAZN.

Barge went on to detail how this could be used for wagering, especially with player props, such as statistical Over and Unders and first basket props. He also hopes to work with more sportsbooks because he feels there is a lot of DNA related to the audience, the app and the real-time personalization component.

“Much like Kelly is saying, we’re just incredibly excited about this,” Barge said. “This new industry of microbetting is kind of making the game more predictive and more interesting outside of the fourth quarter and the more conventional way.”