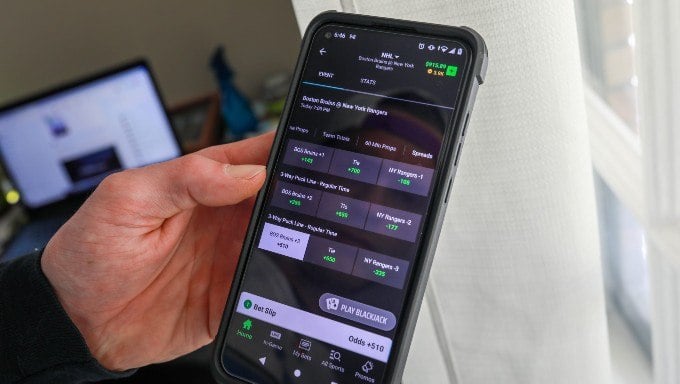 From the Jan. 8 launch through May 22, legal online bookmakers in New York have reported a combined handle of $7.152 billion, according to figures released Friday from New York State Gaming Commission.

Of the eight authorized New York bookmakers, FanDuel Sportsbook had the largest handle through May 22, at $2.75 billion.

Since Jan. 8, the state has collected $263.4 in tax revenue from mobile sports betting. New York’s 51% tax on mobile wagering revenue is the highest in the nation, along with New Hampshire’s.

Weekly sports betting totals have declined in New York and other states during the post-March Madness wagering slowdown.

However, officials hope the three-day Memorial Day weekend will provide a gaming boost.

In Nevada, tourism authorities expect positive numbers from the traditional start of summer vacation that begins this weekend. Even with high gas prices, Nevada authorities anticipate crowds will show up.

“The resorts are seeing robust demand, interest and enthusiasm for the long weekend due in part to the variety of A-list entertainment, pool parties and special events taking place across the city,” Valentine said.

When it come to gaming revenue, the state is on a roll, registering its highest April casino win ever.

Nevada’s casinos won $1.12 billion this April, or 20.5% more than in pre-pandemic April 2019, the Review-Journal reported. This is the 14th month in a row Nevada casinos have won $1 billion or more from gamblers.

With March Madness in the rearview mirror, the amount  of money wagered on sports in Nevada declined 32.5% from March to April.

The statewide sports betting handle went from $863.2 million in March to $529.7 million in April.

Nevada’s mobile sports betting handle in April topped $424.1 million, or 72.8% of the total bet on sports during the month.