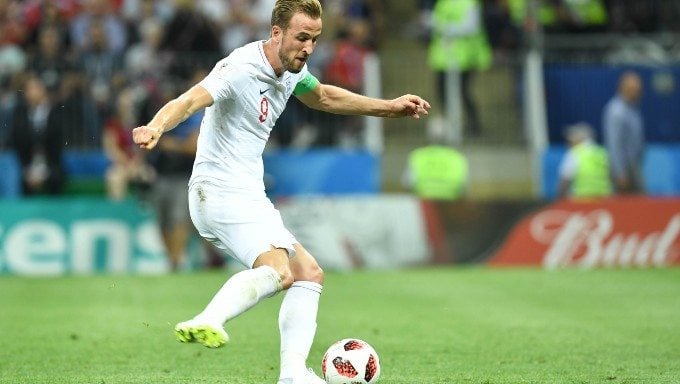 The United States men’s national team is back at the World Cup this year after missing out on the thrilling finals in Russia four years ago.

It marks the 11th time the USMNT has made it to the competition and it also sees a matchup with some former World Cup opposition such as England.

Here, we’ll run through everything to know and expect about the USMNT’s World Cup Group F contenders and how you should consider your soccer betting against England, Iran and Wales.

Most people know Wales as the national team that has Gareth Bale and nothing else.

While this isn’t entirely true, in terms of being the country’s goal threat, Bale is the main man and he is head and shoulders above his Welsh colleagues in that regard.

The Los Angeles FC star has already introduced himself to the American audience in stunning fashion after just four games in the MLS, scoring twice. This includes a sensational solo goal against Real Salt Lake last weekend.

Wales has a similar level of play to the USMNT. The Americans do, however, have a considerably better squad.

For all Bale’s talen, he is standing alone in many regards in contrast to the likes of Christian Pulisic, Brendan Aaronson, Tyler Adams, and Weston McKennie all being of a similar level for America.

It’s going to be an incredibly close game when the USMNT and Wales meet, as barely anything separates them across the board. It could well be the game that decides who goes through and who heads home.

Although we do believe the USMNT can get all three points against Wales, if it is to beat any side at this winter’s World Cup, it will be Iran.

There are only a handful of European-based stars on the Iran roster, with Alireza Jahanbakhsh of Feyenoord, Allahyar Sayyadmanesh of Hull City, Sardar Azmoun of Bayer Leverkusen and Ehsan Hajsafi the most notable names alongside the nation’s soccer hero, Mehdi Taremi.

Taremi has been a threat in Portugal for a few years now with Porto and remains one of the Primeira Liga’s best strikers. On the other hand, defensively, Iran looks very weak. The majority of its players ply their trade in the Persian Gulf Pro League, which as you can imagine, is not of the same competitive level of the MLS.

A national team that needs no introduction to the world stage is England. The Three Lions won the World Cup in 1966 and despite their pain and misery at every World Cup since, they remain one of soccer’s biggest and best national teams.

With that, however, brings an unrivaled amount of pressure and expectation to win within one of soccer’s most passionate nations. What’s more, England is also coming off its best run at major tournaments since winning the World Cup 56 years ago and is also right in the midst of a magical era of incredible talent.

The likes of Harry Kane spearhead a team containing some of Europe’s most elite names such as Phil Foden, Jadon Sancho, John Stones, and Trent Alexander-Arnold to name just a few.

There’s no doubt England is one of the best teams in the world. Throw into the equation how it has managed to reach the European Championship final and the World Cup semifinals in its past two tournaments, and you have a team that is experienced enough to compete all the way until the end and a squad of players with the ability to do so, too.

Although the USMNT got a draw against England at the 2010 World Cup, things are very different now for the Three Lions. England is one of the favorites to win the whole thing, and we think it’ll be too much for the USMNT to handle in Qatar.