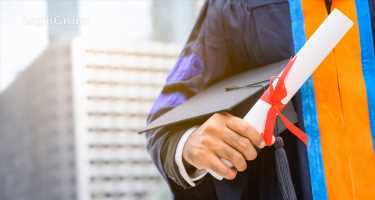 The University of St. Gallen in Switzerland plans to use the blockchain technology in its effort to eliminate fake educational degrees, which has recently become a global problem.

The educational establishment has officially announced that it is implementing a blockchain-based project with the aim of checking the authenticity of its diplomas within a short period of time. The process used to take a couple of days but now it will be a matter of seconds.

BlockFactory, the Swiss startup, will provide the University with its product aiming at creating certificates registered on the ETH blockchain.

However, not only Switzerland but several more countries are also trying to deal with fake diplomas. For instance, the Malaysian Ministry of Education implemented a specialized application – E-Skrol. The solution is built on the NEM blockchain and uses the technology for solving the issue of diploma fraud.

Besides, in early summer one technical institute in Canada announced its intention to issue blockchain-based educational certificates to its next graduating class. A similar story with the University of Bahrain, which began collaborating with the blockchain startup Learning Machine.

As mentioned earlier, the Swiss gambling regulating bodies officially published a list of iGaming companies whose operation in the country is prohibited.

Read more: 10 Global Corporations to Launch Their Own Cryptocurrencies