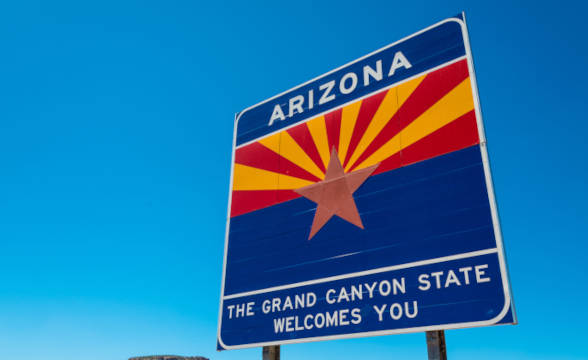 The Arizona Department of Gaming (ADG), the gambling regulator in the state, released Thursday its latest report outlining the performance of sports betting operators for the month of September. Judging by the recent figures, sportsbooks in the state reported a strong month with betting handle hitting nearly $540 million.

The overall betting handle reported by licensed sportsbooks in Arizona for September hit $538 million. When compared to the result reported for the same period in 2021, this year, a significant increase of 84.7% is observed. What’s more, the ADG pointed out that the $538 million in wagers for September brought just above $3 million in privilege fees for the state’s coffers. Not unexpectedly, the majority of the wagers were completed online, judging by a breakdown provided by the gambling regulator. From the $537,966,148 wagered in total for September, $533.3 million was wagered via mobile betting operators. On the other hand, the retail sector saw only $4,025,401, the ADG revealed.

The collected taxes in September hit $3,058,838. A breakdown of this total reveals that mobile betting was responsible for the lion’s share of the tax revenue which hit $3,007,155, based on the 10% tax for the activity. On the other hand, retail betting activities that are subject to an 8% tax contributed $41,816 in September.

“September was clearly a strong month for Arizona sports betting, with the state seeing over $245 million more in wagers when compared to the same month of 2021.“

ADG’s director, Ted Vogt, commented on the topic saying that sportsbooks enjoyed strong results in September. He pointed out that the betting handle last month increased by more than $245 million when compared to the result from September last year. Finally, Vogt said: “I am excited to see how the industry progresses through the winter months, which generally has the most popular sports for wagering in the United States.”